As I promised some time ago, I’ve got another FUN Lacquer swatch for you, also based on a constellation. Cepheus is a very old constellation which contains nebulae and remains of old stars. If you’ve got a few minutes to google image search, it’s well worth your time. Much like the constellation, FUN Lacquer Cepheus has so many colours in it. A grey-taupe jelly base, with holographic particles and multicoloured flakies, it’s a stunner. You need two to three coats to make this iParallaxe collaboration polish opaque. The first coat goes on very transparent and will wipe off if you try to go back over it. But, be patient and the next coats will go down easily. As you can see, there are so many colours in what appears to be a charcoal grey at first glance. 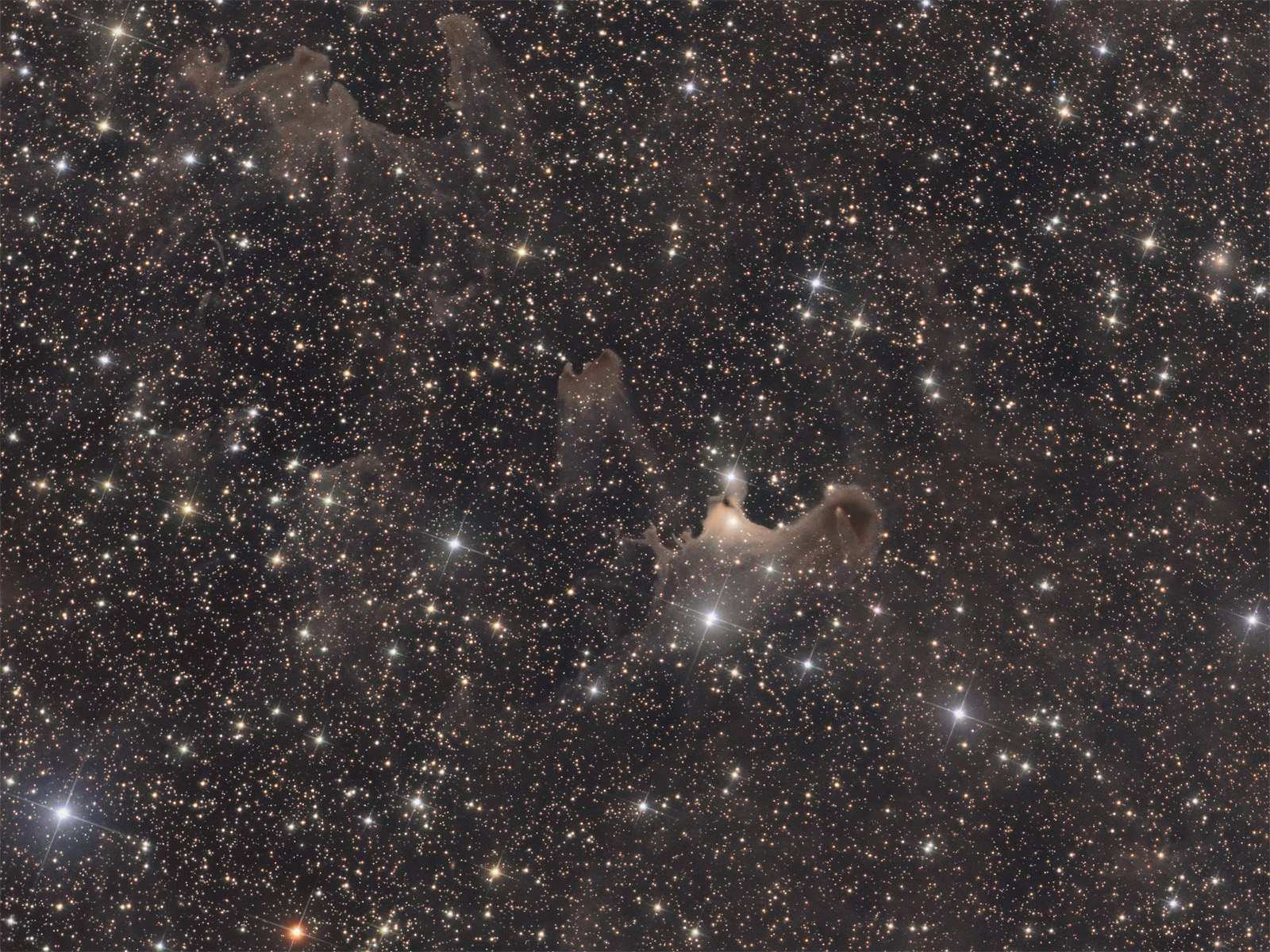 This NASA photo of the constellation shows that it’s similarly full of different colours too. I think the flakies in this polish really bring a spectrum of shades to your nails. This macro photo has mostly picked up the green flakies, along with the holo particles, but the orange flakies are starting to show too.

I’ve also used a coat of Seche Vite on this swatch.

I can rarely manage to have just one polish on my nails. This time I decided to add a holographic glitter gradient from my cuticle, just using the brush from the polish. No tools needed! To create this gradient, the key is to use very little polish at a time. Try to scrape off as much as you can in the neck of the bottle. I used Revlon Holographic Pearls.

Then get the brush right into the top of your nail, and using short strokes focus the glitter there. You can drag the brush down a little as you go, but it’s easier to add rather than take away. This is another polish, like Ursa Major, that looks like a galaxy on your nails. I think the waterfall of extra glitter at the top makes it look even more galactic. I do love grey polishes, and this is no exception. Are you a fan, or do you prefer brighter colours?